The Rise of the Eco-Warrior Poet

Currently on the rise in corporate culture: A Rebel with a Cause, a way with words and a Boardroom backer; a Connective; a social engineer, piping up the basement to the penthouse; closing loops and opening minds, a demand teacher, supply-chain matchmaker and resource broker; a stock-market gardener and investment left-banker; a weaver of intellectual weft and warp; a brain-foodie, part shrink, part chef; a cartographic novelist, text therapist and ram-raider of the lost art of communication; a post-industrial chemist, fluent in business Esperanto and opposed to acts of mindless biolence…

Ladies and Gentlemen, please allow me to introduce… the Eco-Warrior Poet. 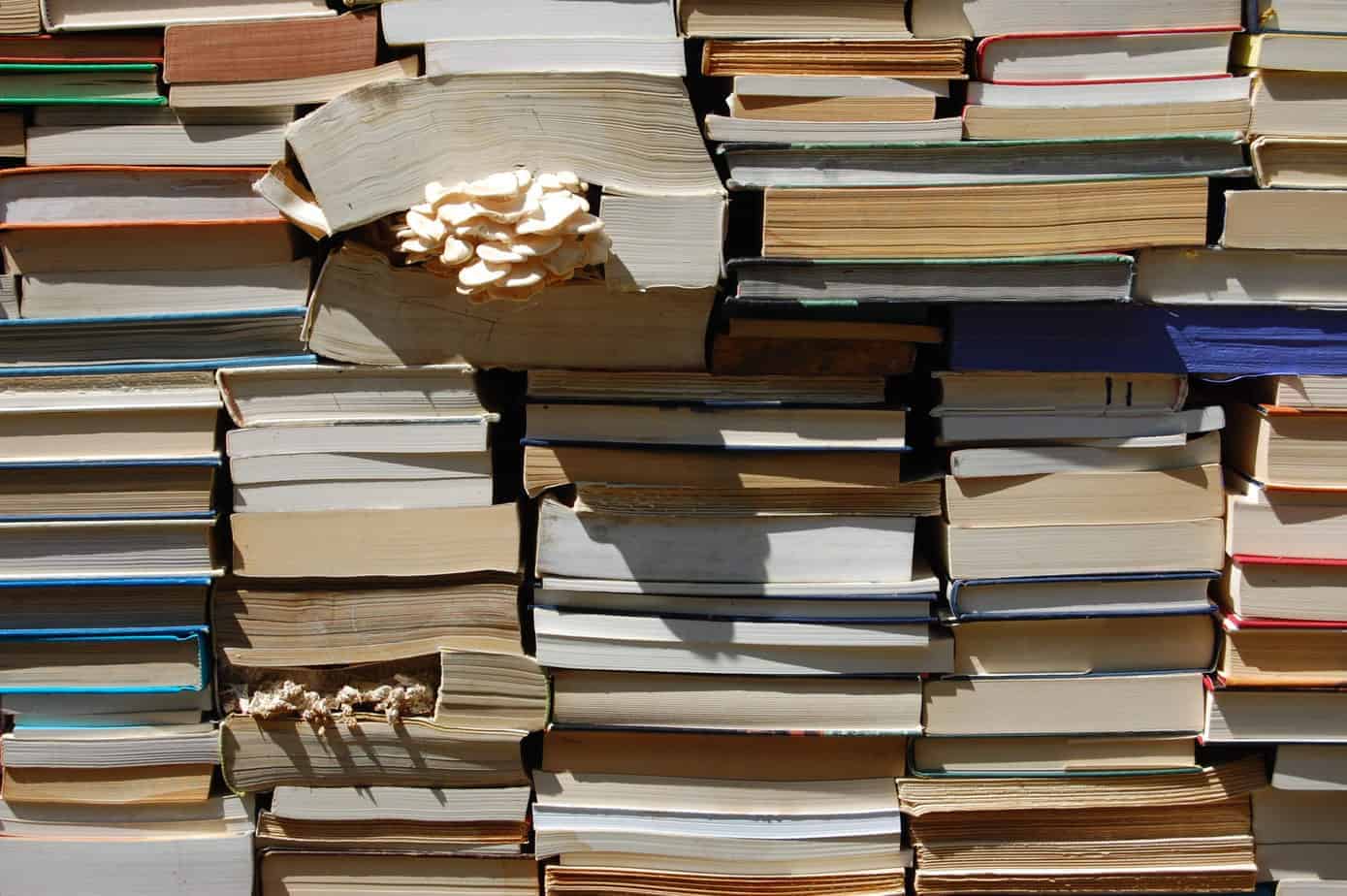 Poet? Now before we set off down the wrong track, I don’t mean ‘poet’ in a literal sense – I’m not advocating an in-house rhymester, some Pam Ayres on the payroll; a sensitive soul wandering “lonely as a cloud” through the Legal Department to deliver a haiku to M&A. Although, thinking about it…

No, the ‘poets’ I’m describing here act like a managerial competence-to-performance artist, or a shopfloor creative, capable of breaking up into bite-size pieces the endless continuum of principles, policy, and practice, that represents the whole vast repository of potential for (more) sustainable development. Their insights and articulation provide snatches of an intelligibility for our time. They are the storytellers of Sustainability. The stories make sense. The world makes more sense. They connect. They are themselves Connectives. Generation-S.

Now, whilst there are those with religious, spiritual and personal beliefs that support a view of life on earth as inherently intentioned, there are many others who might subscribe to a perspective on the planet more akin to that expressed by the American philosopher, Nelson Goodman:

“Coherence is a characteristic of descriptions, not of the world: The significant question is not whether the world is coherent, but whether our account of it is.”

In short, it’s not just a matter of what we say, but how we say it. In our account, there exists a dynamic interrelationship between form and function, and nowhere more so than in the approach of the poet. So, what is it about the poetic use of language that can serve to raise phrases, images and so concepts, up out of the gloomy gloop of everyday prose, to shine and illuminate, to beam broadly and enlighten, so providing visions of coherence?

Literary critic Roman Jakobson – who rather stylishly described poetry as “organised violence committed on ordinary speech” – drew on the seminal work of the Godfather of Structuralism, Ferdinand de Saussure, to distinguish two axial dimensions of language:

• the ‘message’, which represents the particular combination of constituent parts (sentences, words, phonemes, etc) in any given utterance; and

• the ‘code’, which is the repository of all possible constituent parts.

In other words, the ‘message’ function is about combination; the ‘code’ about selection.

According to Jakobson, what poetic use of language does is that it “projects the principle of equivalence from the axis of selection onto the axis of combination”. It’s about connectivity. Poets connect, establishing ‘equivalences’ by way of such as sound, stress, rhythm and rhyme. They weave patterns. Poets make lateral meta-level connections, some of which may appear to deepen existing discursive, referential bonds, whilst others create new, original, fresh conceptual associations. They employ non-linear techniques such as metaphor, analogy and ambiguity. Their route is full of curves, twists and tangents.

Theirs is a sideways dynamic.

Ultimately, given the infinite number of possibilities available to them for ‘selection’, it is the particular force of ‘combination’ that cements the foundations of coherence for a poet. It’s all in the mix.

A poet is a Connective.

So what’s this got to do with Sustainability?

In the 21st century, we, the sustainability-literate Connectives, are being challenged and charged with the demand for what Noam Chomsky famously called “rule-governed creativity”. Accordingly,  as entry-level awareness and acceptance of sustainability matters and exponents goes mainstream, as competence is commonplace, excellence and originality become prized. Star players command attention. Generation-S is in high demand.

The time of the Eco-Warrior Poet has arrived. 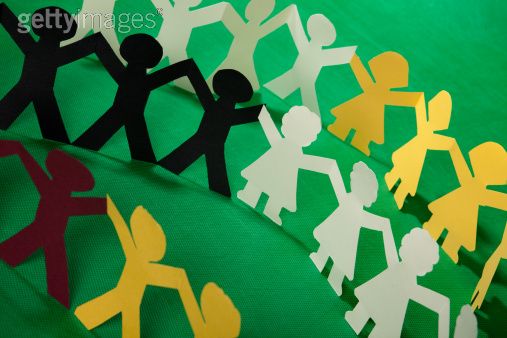 So, who are the new breed? What do they want? Do they speak corporate? Jim McClelland pulls the profile on… the Connectives.

The strategic delivery of sustainable development is the challenge of the 21st century. This challenge calls for communities, corporates and creatives to connect; and to connect means to communicate.

The problem is unsustainable development. From fossil fuels to fish stocks, from Carlisle to Katrina, from ASBOs to sweatshops, the stark realities we face are:

• Destruction of the Ecosystem;

Happily, in response, we have a solution: Sustainable Development. This promises and delivers:

As we say at sustain’ Magazine: Sustainability – it is big and it is clever. Ah… but, there’s the rub.

Sailing the good ship Sustainability, some corporate navigators and market explorers may already be experiencing a feeling of professional nausea, cast adrift on a sea of principles, policies and practice. Exactly how does an intelligent business manage to work from global poverty to the WEEE directive, via CSR, climate change and the Code for Sustainable Homes, and back again in time for the Annual Report?

Answer: (with a nod to EM Forster):

Issues with Issues? Connect the headline stories of Climate Change with the practicalities of Building Regs and the impact of TVs left on standby.

Issues with People? Explain waste segregation practices to siteworkers new to recycling, or green specification to a seminar-room full of architects.

People with People? Facilitate dialogue, consultation, engagement and networking between parties – the social glue that helps make joined-up activity a reality and builds companies  and communities.

If you want to connect, call The Connectives.

To connect up business workflows across different departments, divisions, disciplines, even companies, organisations and cultures, requires somebody or an ensemble of somebodies, to think Sustainability in a way that’s both creative and commercial, inspirational and systemic. The process might require what is often referred to as ‘lateral’, ‘counter-intuitive’, ‘off-the-wall’, ‘out-of-the-box’ or ‘blue-sky’ thinking. Such is the task of The Connectives. Generation-S.

For a 21-st-century business with its sights set on Sustainability, success at turning aspirations into systems and goals into gains depends on its wealth of human capital. Rich and rewarding recruitment and retainment is all about values, personality and attitude; plus, the language employed to communicate these attributes consistently and imaginatively to staff, clients, customers, suppliers and stakeholders alike.

In short, success demands that business Get Personal with Sustainability! In particular, the private sector needs to Get Personal in Personnel!

If Sustainability is to be seen as a call for coherence, a call to connect, then best equipped to answer that call are those I call ‘The Connectives’.

These are the people who will become:

• the change-agents of Sustainability.

Article on Exporting Success for UK-GBC supplement ‘Building for the Future’, published in The Times, 6 September, 2010

From Masdar in Abu Dhabi, through New Delhi in India, to Shanghai, Tianjin and Guangzhou in China, the call of the East is strong for UK companies and practices providing sustainable solutions in property and the built environment. The West, however, is far from won, with fresh opportunities on the horizon.

At present, the outlook for China is mixed and evolving. UK eco-entrepreneurs and consultancy BioRegional has established BioRegional China as a Wholly Owned Foreign Enterprise. Weighing up the wider prospects, Pooran Desai, co-founder of BioRegional, offers a measured assessment: ‘China is hungry for ideas but on their own terms. There are opportunities to license and manufacture green technologies. Some engineering companies are doing well. Planning and sustainability consulting is much tougher. I suspect ultimately the companies that are successful in China may have some roots here but will be, in essence, Chinese.’
In general, according to the Construction Products Association, UK figures for both imports and exports of industry goods continue to hover around the 10 per cent mark, in spite of fluctuations in currency markets and volatile trading conditions. As regards project work for UK firms, whilst we are becoming accustomed to reading stories of activity in architecture and building coming out of Asia, by no means all journeys of export and expansion into international waters are headed East.
In the middle of the Atlantic, some 2,500 miles from the nearest port, the only architectural firm in the Top 60 of the Sunday Times Best Green Companies list, Purcell Miller Tritton has been developing the design for an Oberoi hotel, set to become a global exemplar of eco luxury. With a client brief to deliver the world’s greenest facility, the design intent is to ‘grow’ a hotel on the island of St Helena, using indigenous flax and lime for wall construction, plus a living roof.
Sailing still further West, routes into attractive North American markets are also opening up. In February this year, the Clean and Cool Mission – organised with assistance from the Technology Strategy Board and the support of UK Trade & Investment – took a shortlist of 19 UK businesses out to San Francisco. For one in particular, carbon-banking building-system specialist ModCell, the trip proved the catalyst for a move into California, resulting in them launching Stateside this month, as Director Craig White explains:
“It was revealing to see that European legislation on carbon reduction has driven a huge amount of innovation back home in the UK, whereas in America, most is only dated as recently as 2009, from the Obama administration. In many regards, Europe is up to 10 years ahead, although when America moves on this agenda it will do so very powerfully. Consequently, we saw a clear business opportunity.”
Whether looking East or West, it seems clear that UK companies are set fair for a shot at achieving future exporting success, in terms of knowledge, technology and even the building materials themselves that are driving sustainable development worldwide.