The urgency and severity of the Climate Emergency is challenging the belief common amongst corporates that carbon-neutral solutions are enough: Carbon positive is now the goal for those of a restorative mindset. In this SustMeme Guest Post, therefore, Chief Design Officer at Exeger, Marcus von Euler investigates the opportunity to embrace the significant potential for clean-energy wins in connection with everyday devices. 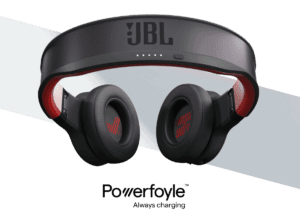 MvE: We are currently in the middle of a transformation in how we design, create, and transport consumer products. With experts demanding ever-more urgent action to stop the slide towards a climate catastrophe, every business across every sector is looking for ways to reduce its environmental impact.

The issues facing us touch on every aspect of design, from material choices, to approaches to production, recycling and the aesthetics of products created for more long-term use. It’s why ideas like the circular economy and striving for carbon neutrality are no longer just ‘nice-to-have’ concepts, but are now standards which consumers increasingly demand.

People today are recognising their own personal environmental impact, and this trend is only set to rise as time goes on. In spite of this (or perhaps because of), however, there is still a lot of confusion about even the most commonly used terms that companies employ to tout their green credentials.

So, for clarity: carbon neutrality is reached by calculating the total carbon emissions produced in creating and distributing a product, and then doing something to balance that out or offset it. This term crops up a lot in industries with disproportionately large carbon footprints, like fashion, travel and consumer electronics — which is why we see so many headlines about the likes of clothing brands launching a carbon-neutral fashion show, or software giants pledging to be carbon neutral by 2030.

Carbon neutrality is a complex topic for many reasons — chief among them being that it is often difficult to quantify. How many trees do you need to plant to offset the creation of an average mobile phone? How long does your company’s new wind turbine need to be in place before it pays back the carbon expended in its own construction? How much does your supply chain contribute to the carbon cost of a product? Striking the balance needed for carbon neutrality is difficult for small businesses. So, for large companies, even calculating the balance is a daunting task.

Carbon positivity is the goal

Given the scale of the climate crisis, though, pledges to be totally carbon neutral come up short, because offsetting emissions don’t reduce a company’s carbon footprint, and are a token gesture to lessening corporate guilt. Carbon positivity is now the goal for anyone serious about helping the planet — which means paying back more than the cost of creation.

For example, wind turbines consume energy in their construction, but pay it back many times over by producing clean energy of their own. However, carbon positive actions are almost always large-scale projects — wind farms, solar-power plants, carbon-capture initiatives and so forth. So, what if small everyday products could actually pay back the carbon deficit of their own creation over time, too?

Small can be sustainable, too

Solar chargers are an excellent example of this. They pay back their carbon cost over time, and, once that is done, they continue to provide clean energy — removing the need to charge devices with energy from polluting sources. The nature of traditional solar panels, though, is that they are fragile, not aesthetically pleasing and do not work indoors. Therefore, the idea of just slapping a small solar panel onto a device to make it carbon positive will leave you, at best, with an ugly product. At worst they can be downright dangerous. Traditional solar panels can contain materials such as lead, chromium, and cadmium — which can cause huge problems when they break.

While it isn’t practical to attach a wind turbine to every phone and laptop, newly developed light-harvesting technology shows massive potential for redressing the carbon balance of consumer products, without sacrificing utility or aesthetics. Imagine a phone you never have to charge because it absorbs enough energy to function from ambient light alone? Or a bag that generates electricity that you can use to charge your laptop?

The interesting thing is that this is not even a new idea. Small solar panels have been used in pocket calculators since the 1970s! But it is only recently that we’ve managed to create material with enough power density to support modern electronics.

A renewable revolution by design

As a case in point, take the new JBL headphones which boast potentially eternal battery life: they do so thanks to Exeger’s Powerfoyle light-harvesting material. Right now, we can power wireless headphones and other lower-powered products but, as is typical of the renewable energy space, this technology is evolving rapidly. It is only a matter of time before it is adapted to make a difference on higher-powered devices such as both phones and laptops.

We are on the cusp of a revolution in what it means to be carbon positive. Large-scale renewable energy, energy efficiency, carbon capture and forestry projects remain powerful tools for reducing and even restoring the carbon balance of the planet, but we cannot underestimate the significance of integrating the power of clean energy into everyday devices. And putting that power directly into the hands of consumers.

The availability of products that don’t just minimise their own impact on the environment, but that can actively reduce a consumer’s reliance on energy from non-renewable sources represents a democratisation of carbon-positive action — paving the way for consumers to do more than just slow the damage being done to the environment, but, in some small way, to contribute to its restoration.

You can check out the full archive of past Guest Blog posts here.

All Posts by Category