Circularity: ‘Future of Construction’ in The Times

New writing… Pleased to say I have had another article published in The Times newspaper, as part of a special Raconteur report on the Future of Construction. 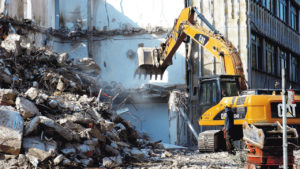 BAMB is on a mission: its goal is a systemic shift in sustainable building; its focus, construction waste and material consumption. As the name implies, Buildings as Material Banks (BAMB) reimagines a building as a dynamic repository of value, where tradable material assets can be deposited, data tracked, transferred and withdrawn. Three major changes support the BAMB vision for circular transition: change in design culture, value definition and collaboration. The question is, 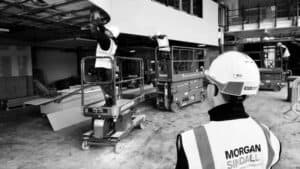 can a relatively traditional industry such as construction truly embrace the systemic change called for by a circular economy? What would such a shift mean in terms of technology, but more imporantly culture? Furthermore, how might it play out worldwide – across global development markets maturing at different speeds, with different histories of urbanisation? Getting down to project particulars, the article also includes a case study of an inner-city school in Swansea, Wales, which has just set new industry standards, achieving 99.87 per cent diversion from landfill. You can read more about both the scale of the material challenge and the exciting opportunities to close the circularity gap, here:

• ‘BAMB: Could this be the future for sustainable building?’.

The full 16-page Future of Construction & Development report is available to view/download here.

Waste: The elephant(s) in the room

August 15, 2012 Jim McClelland
A version of this article first appeared in the Chelgate Newsletter, Summer 2012.

Early in 2012, the Love Food Hate Waste (LFHW) campaign caught the attention of the national press and media with its revelation that UK householders throw away on average around 10% of the weekly food shop, so wasting families approximately £680 a year. At a time when many are counting the pennies, the financial cost of this waste seemed to strike a chord with the public. To imagine spending that much in the supermarket in one visit and then simply wheeling out the trolley and dumping bag after bag direct into the bins clearly registered in the general consciousness as a disgraceful waste of money (and food).

In reality, the LFHW numbers released by the Waste and Resources Action Programme (WRAP) only tell one relatively small part of the story. In all, a staggering £12bn-worth of food and drink, much of which could have been consumed safely, is discarded by households per annum. Of the total of 18M tonnes of edible food going to landfill every year, only a third comes direct from homes – roughly as much again is generated by the producers/supply chain themselves, with the retail sector being responsible for a final similar-sized portion.

In turn, these sobering statistics represent only part of the bigger waste picture: Domestic arisings constitute little more than 10% of all waste generated in the UK, with the construction industry contributing over one third of the total.

Landfill: All legacy; no future

Even though the number is falling progressively, there are still nearly 1,500 active landfill sites in England and Wales, covering a total area of some 28,000 hectares, equivalent to over 25,000 football pitches. Taken together, this wasteland estate is roughly twice the size of the city of Sunderland. In other words, an area sufficient to be home to half a million people is being used simply as the country’s rubbish bin.

These are the live landfill locations. In addition, we are surrounded by the ghosts of a polluting past, the living dead of waste. There are estimated to be 20,000 previously used, now closed, historic landfill sites in England and Wales.

Whilst we might have been trashing the land for a long time now, if we think we can continue to bury over 100M tonnes of waste a year, we are, in fact, simply burying our heads in the sand: Such a strategy is literally unsustainable. We have been warned that in Britain we could run out of available capacity for landfill by 2020, even with the disincentive tax currently standing at £48 a tonne and rising.

Success: Sure, but too slow

Of course, it is by no means all doom and gloom – figures are improving pretty much across the board (with the exception of totals for textile discards, impacted by the ‘Primark effect’): The latest official data show recovery up, recycling up, landfill down and total waste generation down (although recessionary pressures can temporarily suppress output and consumption, with knock-on effects). Anaerobic Digestion (AD) capacity has doubled in a year, with Mechanical Biological Treatment (MBT) systems now considered a mainstream alternative to incineration, plus clean and renewable Energy-to-Waste (EtW) solutions being brought to market.

Make no mistake, there are success stories. According to government figures, Wales for example, is surging ahead of the rest of the UK on recycling rates as it bids to become a ‘zero-waste’ society. During the financial year 2011-12, the average household in Wales recycled 48% of its waste – 4% up on the previous 12 months and putting the country firmly on track to reach its 2012-13 statutory target of 52%. England currently recycles on average around 40% of its household waste, but year-on-year increases have been getting smaller and, by contrast, it still faces an uphill struggle to hit EU targets.

Improvements, whilst signs of positive actions and initiatives, are happening too slowly. Without a combination of behaviour change, technological advancement and investment in procurement seeing a dramatic accelerator effect on progress, Britain is set to retain its unwanted title as the ‘dirty man of Europe’ and suffer all the associated costs and impacts. The waste problem will not solve itself and simply go away.

Elephant(s) in the room

One final statistic and analogy might serve to illustrate the sheer scale of the problem and urgent need for action, putting the weight of personal responsibility into stark perspective.

Estimates for the total (domestic and commercial) waste generated per year in the UK range between around 290M and 330M tonnes. To help us picture what such an unfathomably large figure might look like, that volume can be expressed as being equivalent in weight to having to accommodate around 100 million fully grown elephants, every year.

Therefore, commentators describing our waste crisis as being the ‘elephant in the room’ barely do the situation justice. In reality, waste is the elephant in each of up to four different rooms in every household in England – now that is a sizeable problem, especially for anyone living in a studio flat!