Why Work will be… ‘Inclusive’ 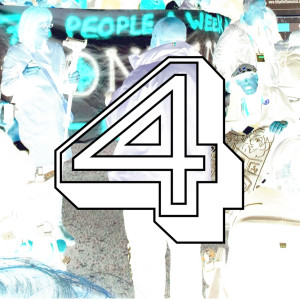 Diversity is desirable; we know this. It is intrinsically linked to principles of fairness and respect, equality and human rights; with its arch nemesis Discrimination outlawed by state legislation and workplace regulation. This is not, however, why work will be inclusive in the near future: Inclusivity will be a matter of economic necessity. Why? Here follow two sample supporting arguments: one highlights a global megatrend; the other a sector-specific case study.

Firstly, according to the Global AgeWatch Index, the number of older persons (aged 60 years or over) is expected to more than double to 2.1bn by 2050, exceeding the number of children and constituting 21.5% of the population (1 in 5). In fact, in Switzerland, older persons already make up almost 1 in every 4 people (24%). This demographic cannot be ignored: either as human resource in itself, with people working later in life and organisations becoming increasingly age-friendly; or as a community of retirees dependent on the shrinking proportion of people in employment, whose rising productivity targets call for optimal labour levels.

Secondly, certain job markets are almost in crisis. Take for example the case of the construction industry in the UK, stuck with an image problem as the near-exclusive domain of middle-aged white males. At the last count, the sector was found to employ 2.1M people – enough to fill 262,500 double-decker buses – and yet, it is struggling with a looming skills gap, under pressure to find an additional 224,000 new hires by 2019. As well as attracting poor levels of young starters, school leavers, students and apprentices, plus a below-average proportion of Black, Asian and Minority Ethnic (BAME) workers, it is failing to recruit women. In terms of diversity, women make up 46% of the overall UK workforce but represent just 14.5% of the total in construction and a mere 1.2% in trades. For Construction, therefore, embracing Inclusivity is a must, not a mere nice-to-have.

This is why, in the future, work will be inclusive.

Tomorrow, a 5th Mystery Word: Why Life will be… ?

‘Sustainability: Say the Words!’ is a series of aphoristic ‘thoughts and shorts’ appearing regularly throughout 2016 – feedback welcome via Email, or Twitter: @SustMeme.