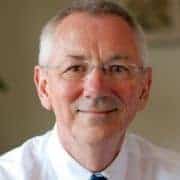 “This decision shows a stunning disregard for the well-being of people and the planet. President Trump will now have to answer for walking away from one of the most hard-fought and popular global achievements in recent memory. Withdrawing from the Paris Agreement will leave the U.S. diplomatically adrift, at odds with nearly 200 countries. There are now 194 countries united in their determination on climate, while a group of three – Syria, Nicaragua, and the United States – stand apart.

“New coalitions of states, cities and businesses will help fill the void, but people will not forget that the Trump administration let them down at this critical moment. For a self-proclaimed dealmaker, this decision is a clear loser. President Trump has flushed away years of hard work and skillful diplomacy, leaving Americans and future generations less secure and more isolated in the face of this existential challenge.”  @worldresources

“The decision of the US Government to unilaterally withdraw from the UN Paris Climate Change Agreement is deplorable and flies in the face of scientific and economic evidence.

“The effects of climate change impact everyone, everywhere. The reckless actions of a single government must not be allowed to undermine the consensus reached in Paris in 2015.

“The transition to a low-carbon economy provides significant opportunities and those countries that face up to the challenge will be the ones that gain most economic benefit.  The US risks missing out following the backwards step from the Trump Government.

“We urge US business and State leaders to make decisions based on scientific and economic evidence and continue to invest in renewable energy and low-carbon technology.” @iemanet