GUEST BLOG: Eco-conscious consumers are cutting plastic, but confused about how they can help most…

When it comes to recycling, do you have the best of intentions, but not always the information or knowledge to match? Are you an unwitting polluter? In this SustMeme Guest Post, Yanyan Ji, SVP Marketing at Gazelle, a known leader in electronic waste, talks us through the findings of a representative survey of British consumers, which explored their environmental beliefs and lifestyle behaviours, plus, in some cases, the disconnect between the two… 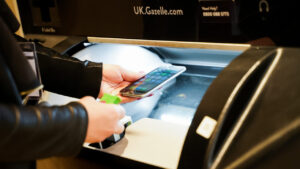 YJ: New research finds 83% of Britons are doing more than ever to cut the amount of plastic they use and throw away. Women are leading this plastic-cutting charge with 90% saying their desire to use less is higher than ever.

However, the survey, which was carried out by the phone-recycling company, Gazelle, also found that over 35 million Brits (57% of those surveyed) are still risking dangerous chemicals leaching into the ground and contaminating our soils and waterways, by throwing away electronic gadgets such as old phones.

The ‘Attenborough effect’ as it’s becoming known is in evidence. Eight out of ten people (81%) who have watched shows like Blue Planet and Climate Change: The Facts say that the programmes have made them re-evaluate their behaviour and consider the environment more.

For example, when at the supermarket, 67% of shoppers now consider environmental factors when choosing what to buy, rather than selecting products solely based on price.

Yet despite Brits’ noble intentions, eight out of ten (81%) of us say that they want to do more to help the environment, but feel confused about what can and cannot be reused or recycled.

Over half (57%) of those surveyed admit to having put a phone, laptop, tablet, charger, or other electrical item in the household bin in the last year. And on average, just one third of us (34%) have recycled our phones or tablets.

Well intentioned, but ultimately ill-informed Brits tend to go online to find out how to reduce their impact on the environment, with nearly 9 in 10 Brits saying that would consult the internet on specific eco-advice.

It’s been estimated that only 15-20 percent of all e-waste is recycled, and the rest ends up in landfill. Our latest research suggests the cause of that isn’t consumers being unwilling to change their behaviour — rather, they don’t always know what to do.

When asked what they recycled, the top ten items were found to be:

Here at Gazelle, we’re hoping to play our part by making it clearer and easier than ever for people to trade in old phones, get instant payment, and avoid contributing to e-waste in landfill. Our 26 kiosks across the UK will even take phones that are beyond repair, and responsibly recycle them, diverting them from landfill.

More information on Gazelle, what it does to reduce e-waste, plus how to locate a kiosk nearby in the UK, can be found on the company’s website: https://uk.gazelle.com/